The world rides on electric scooters 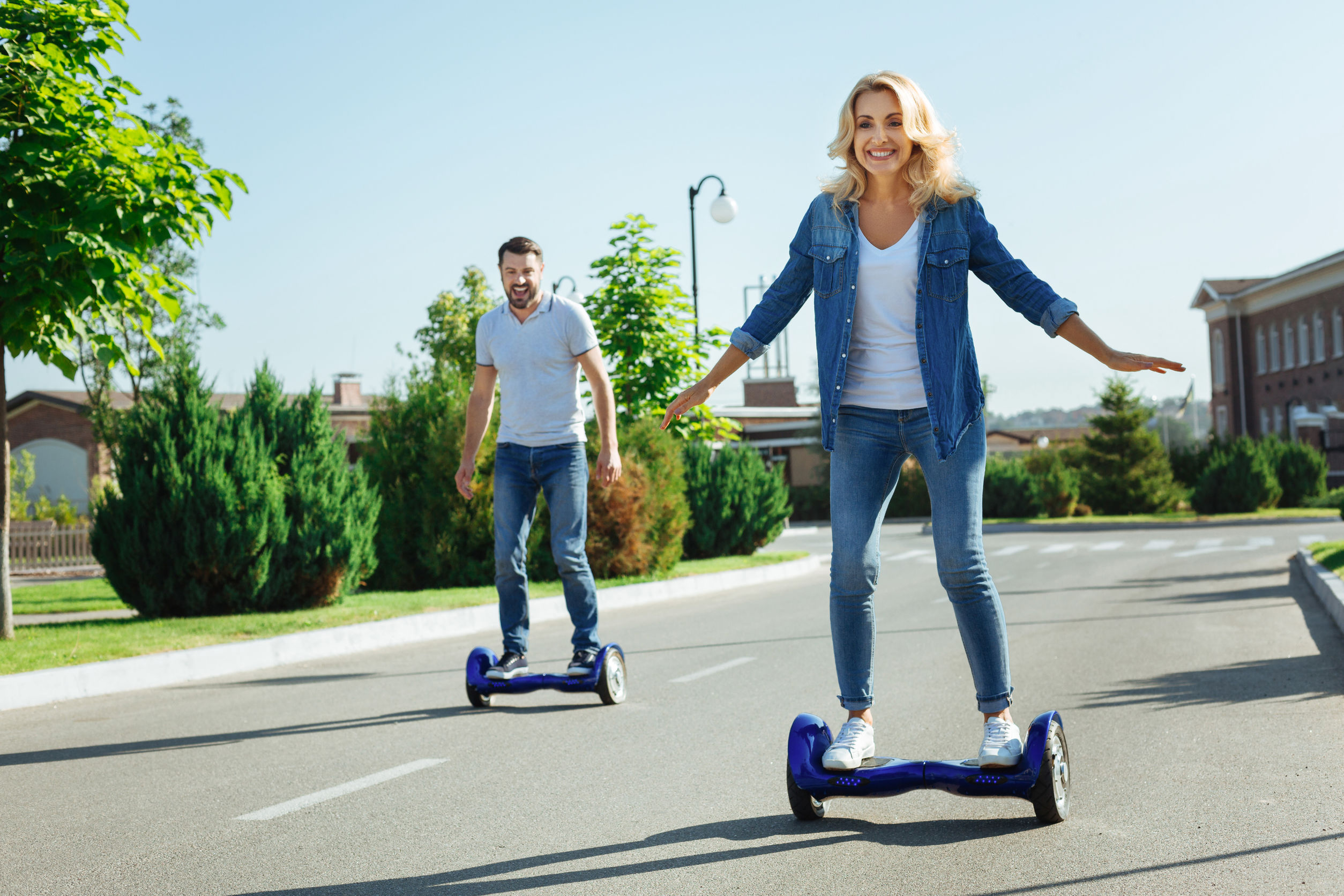 Although they have been around since 1915, they have now become a solution to traffic problems. Electric scooters have become one of the preferred means of transportation for young people.

Feet on a base that allows you to dodge traffic without polluting, the body driven by an electric motor capable of generating up to 500 W of energy, hands on rubber handles steering two wheels that reach 25 km/h: this is what it feels like to drive one of the electric scooters that are dominating the world and whose design originated in 1915.

In cities such as San Francisco, Washington, Mexico City and Madrid, electric scooters have become a fast and environmentally friendly means of transportation. Colombia is not far behind; since 2018. applications such as Cosmic Co, Grin and Movo provide the service.

These vehicles can travel 40 km with only one load and, although their maximum speed is 25 km/h, Colombian regulations establish that their limit within secondary roads is 20 km/h.

The growing supply of electric scooters is a response to traffic in big cities. "It seems faster than an Uber or my car, plus I save on parking," says María Pujana, a user of this means of transport.

Even Usain Bolt, former Olympic athlete and winner of multiple awards, joined the electric scooter business. After his brief stint in soccer, Bolt launched his brand of electric scooters, called Bolt Mobility, in Paris on May 15. "With fewer cars and more scooters, it would be easier and safer to move around cities," said the Jamaican.

For his part, Mexican 'youtuber' Luisito Comunica, who has more than 23 million followers on his YouTube channel, prefers this means of transportation within the city. In one of his Instagram stories, the Mexican said: "Do you need to wait in a long line to give fuel to your car and you're in a hurry? I have the solution for you: scooter, scooter power!" The same influencer started a trend called the 'scooteriana community', which consisted of greeting people who rent and use electric scooters in Mexico City.

The appeal of these vehicles is that they are fast, safe and environmentally friendly. "We want citizens to avoid traffic jams and we want to make the city a little more efficient. The scooters are monitored in real time, which makes them very safe," said Jonathan Calmus, co-owner of Cosmic Co.

Each of the scooters has a GPS system and a geolocator from the company. According to the company, they have vans that pick up the scooters after 11 p.m. every day where users finish their ride. They are then moved and placed at the drop-off points.

The same applications delimit the area where users can transit. In this way, the companies make sure to find and pick up the vehicles avoiding unsafe places. The option of leaving the skateboard anywhere has brought problems with passersby who complain about the invasion of public space.

While it is true that electric scooters help to decontaminate cities, the lack of regulation prevents them from being used correctly. Councilman Jorge Torres, of the Green Alliance, told EL TIEMPO that "the Council is working on the construction of a draft agreement for micromobility, which will be the roadmap to regulate and ensure the correct implementation of this trend".

So far, the existing regulation in Bogota is established in Circular 006, issued by the Secretariat of Mobility in December last year. According to this, "the maximum speed is 20 km/h, and users must wear helmets and reflective elements".

However, and in view of the fact that companies do not provide safety items, many of the drivers do not comply with these rules, which increases the risk of injuries in traffic accidents.

The growing supply of electric scooters has emerged as a response to traffic in large cities.

It is not only in Colombia that these vehicles circulate without further regulation. According to the Argentine newspaper 'La Nación', in Buenos Aires, a city where they are not yet regulated, there is a plan to incorporate electric scooters into the local Traffic Code before they "take advantage of the legal vacuum to expand without limit".

And, although they seem to be a recent invention, the origin of electric scooters and the motors that drive them dates back to the end of the 19th century.

In 1895, Ogden Bolten Jr. patented his design for an electric bicycle, the first electric two-wheeler in history. Under the upper frame rod, the bicycle had a motor with a 10-volt battery. It was a revolutionary invention because, like modern scooters, it was not gear-driven. Although Ogden's original designs are preserved today, he did not receive enough support from investors and his invention was never produced.

The next electric two-wheeler was introduced during the 1897 Stanley Cycle Show, a festival of bicycles and tricycles held in London. It was the Humber Electric Tandem, a two-post bicycle that in addition to the electric drive was aided by hand pedals. It was put to the test in the 1899 Bol d'Or, the Paris bicycle race, where the Humber had mechanical failures and was replaced by gasoline-powered vehicles. Once again, electric vehicles fell into oblivion.

Electric bicycles enabled the development of the modern skateboard engine, but the design as we know it today emerged in 1915, when the Autoped Company of Long Island City introduced the Autoped, the first fuel-powered skateboard in history. It was powered by a gasoline engine and was the preferred mode of transportation for the New York City police of the time. Four years later, in 1919, the German company Krupp took over the Autoped, fortunately only producing it for two more years.

Electric bicycles enabled the development of the modern skateboard engine, but the design as we know it now emerged in 1915.

The next step in the development of electric scooters and their motor came in 1936, when Sovovel Electric, the first company to manufacture electric scooters, was born. According to Zoom Stryder, one of the most recognized brands of electric scooters today, due to fuel rationing caused by the war, the company's electric scooters were more successful than their electric predecessors, but it was not enough to maintain production. After the war, users stopped buying them and returned to traditional fuels.

For more than a hundred years, inventors around the world have tried, without much success, to position electric two-wheelers in the market. In 1996, a well-known firm decided to make inroads with these products. That year, Pegeout presented the Peugeot Scoot'Elec, an electric scooter with three batteries using Saft technology, i.e., nickel-cadmium based.

The Scoot'Elec was equipped with a motor that reached the power of three horsepower and speeds of up to 45 km/h (28 mph). Its production continued for the next ten years and by 2006, the year of its retirement, Pegeout had manufactured 3,500 units, a remarkable number considering the previous two-wheeled electric vehicles.

This history, which was full of many stumbling blocks, both technical and economic - in which the electric did not find prominence among consumers or entrepreneurs - culminates in the electric scooters of today, which combine the design of the Autoped and the development of electric motors.

Because of climate change, the spotlight is now on new means of transportation with alternative energies. Scooters are a viable solution to traffic problems and have become increasingly popular, but regulation and responsible use are urgently needed.